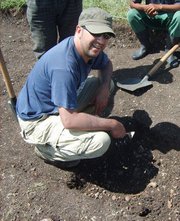 Ioannis Georganas is a Researcher at the School of Classics, University of St Andrews and Lecturer at the Hellenic International Studies in the Arts. He holds an MA (1998) and a PhD (2003) in Archaeology from the University of Nottingham.

His research interests include the study of burial customs and the construction of identities in Early Iron Age Greece, and weapons and warfare in the Late Bronze and Early Iron Age Aegean.

Ioannis is President of the Athens-Greece Society of the Archaeological Institute of America (2005-present) and Secretary of the Society of Ancient Military Historians (2013-present).